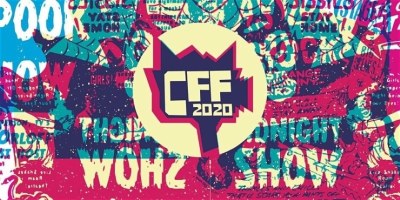 The good folks at the Chattanooga Film Festival have let slip some early announcements ahead of their first wave of programming. A new venue, some banner opening and closing films, and some special events signal an exciting new iteration of the Fest.  The “Sundance of the South” lands in the Scenic City on April 16 to 19!

Here’s what the CFF has to say:

Chattanooga, TN (February 17, 2020) – The Chattanooga Film Festival (CFF) is hard at work solidifying its film and event programming for their 2020 installment and is excited to share the first small wave of titles and events. Taking place April 16 – 19 at Chattanooga’s Songbirds Guitar Museum, a gorgeous new venue that’s quickly established itself as one of the Scenic City’s premier entertainment destinations, CFF promises four days filled to the brim with films, special events and workshops.

Opening night will have attendees lined up for the profoundly moving sci-fi drama SYNCHRONIC, starring Jamie Dornan and Anthony Mackie. The film, directed by long-time CFF alum Justin Benson and Aaron Moorehead, revolves around two two New Orleans paramedics (Dornan and Mackie) who encounter a series of deaths linked to a designer drug with bizarre and other-worldly effects. To say more would be to rob viewers of one of the most unique and memorable movie-going experiences they’re likely to have in 2020. 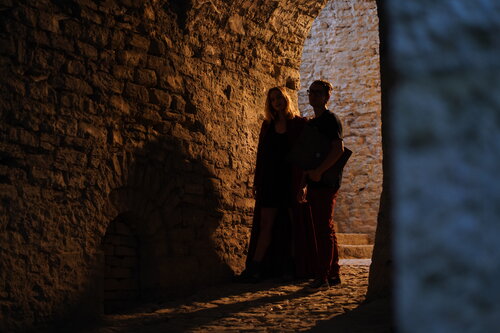 Immediately following, iconic horror studio FANGORIA will World Premiere their 2020 reimagining of the 1995 cult favorite CASTLE FREAK in the prestigious midnight screening spot. Directed by MUFX guru Tate Steinsiek and produced Dallas Sonnier (BONE TOMAHAWK) & Amanda Presmyk (VFW) of FANGORIA, alongside Barbara Crampton (who starred in Stuart Gordon’s 1995 movie), CASTLE FREAK was shot this past summer on location in Albania. Starring newcomer Clair Catherine, Jake Horowitz (THE VAST OF NIGHT), Kika Magalhães (THE EYES OF MY MOTHER), and Indie Spirit Award nominee Chris Galust (GIVE ME LIBERTY), the story follows Rebecca, her boyfriend John, and their friends as they travel to Albania to manage Rebecca’s sudden inheritance of a castle from her long-lost mother. Once there, they learn that Rebecca’s family harbored dark secrets with potentially cosmic implications. The 2020 CASTLE FREAK is sure to satisfy fans of the original who can’t wait to feast their eyes on the new Freak.

Closing the festival is the world premiere of filmmaker Rob Grant’s 65 DAYS OF STATIC. Grant’s name will be familiar to cinephiles who saw HARPOON, his jet-black comedy of horrors that found itself on many critics best of 2019 lists, and the film currently sits at a well deserved 96% fresh on Rotten Tomatoes.

Unlike HARPOON, audiences who miss 65 DAYS OF STATIC’s screening at CFF will never have a chance to see the film again, as following the screening, Grant will destroy the only copy of the film. In an era when films are too often referred to as “content,” Grant’s new work and it’s demise sends a powerful message that it’s the process and not the product that’s important. 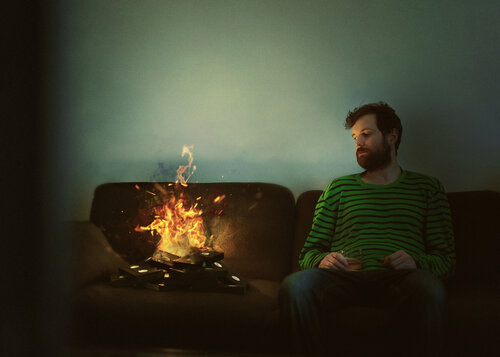 Grant says, “I wouldn’t call it ‘destroying’ a film…But with the amount of media available at our fingertips I’ve just been getting this dread about how disposable it all feels.  This is an experiment in taking that to an extreme conclusion.” He continues, “We aren’t destroying a film, we are making it ‘disposable’; we get to have a one-time-only experience on this planet with the people who make the effort to get out of bed and offer their time, money, and energy at a festival that I think is at the forefront of championing unique projects, and that to me is special.  I couldn’t think of a better partner for this than the Chattanooga Film Festival, as they champion the same anarchistic/artistic flair I keep chasing.”

The first film set for the festival’s popular Sonic Cinema block, which showcases films centered on music and musicians, is Rob Galluzzo’s highly-anticipated documentary ANALOG LOVE, an exploration of the art of the “mix tape” and why communication through music is still so popular in today’s society. Through insights from a rogue’s gallery of musical luminaries from Henry Rollins, Money Mark (Beastie Boys), Kim Shattuck (The Muffs), Jennifer Finch (L7), Jimmy Urine (Mindless Self Indulgence), Chantal Claret, Jude “Rude Jude” Angelini, Zernell Gillie (Grimy!), Mona Lisa Murray, Christian James Hand (The Session) and many more, Galluzzo’s wildly entertaining doc is sure to make audiences immediately leave the theater and want to craft a good old fashioned mix for their loved ones. The good news CFF has them covered! Along with the film, CFF is pleased to announce official Analog Love Mixtape Booths which will be open during the festival with a selection of great records on vinyl, CD and of course cassette, for attendees to assemble a mix of their own.

Rounding out the ANALOG LOVE love, one of the doc’s biggest scene stealers and the host of the music deep dive show The Session, Christian James Hand will be in attendance to do a special CFF edition of his fascinating and often hilarious live show. 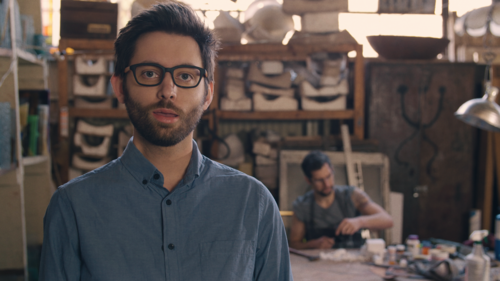 THE VICE GUIDE TO BIG FOOT

Adding to a diverse lineup comes CARGO, an Indian sci-fi drama directed by Arati Kadav. The Huffington Post recently sung the films praises saying, “Kadav’s astonishing vision constantly fuels this Indian sci-fi tour de force and infuses it with such startling detail that you are just blown away by the cunningly crafted minutiae of the world she conjures.”

On the events side, CFF is excited to welcome Nightmare University, Dr. Rebekah McKendry’s scholarly and entertaining podcast that takes a meticulously researched deep dive into the topics and filmmakers that genre film fans love each week. For CFF audiences, McKendry will be doing a Nightmare University presentation on the man often thought of as the PT Barnum of film, William Castle (THE TINGLER, HOUSE ON HAUNTED HILL, 13 GHOSTS). CFF will also be extending their salute to Mr. Castle to other events and soon to be announced screenings throughout the 2020 festival.

In addition, after world premiering her film ALL THE CREATURES WERE STIRRING with CFF in 2018, McKendry returns with a brand new short film, SEPARATION.

For the third year in a row, the Shock Waves crew is returning to CFF for a live taping of their popular horror podcast. Hosts Dr. Rebekah McKendry, Elric Kane, Rob Galluzzo and Ryan Turek put the focus on the latest horror films, classic titles and conducts in-depth interviews with the top in the genre industry.

Inspired by CFF 2020 selection THE VICE GUIDE TO BIGFOOT comes Sass-watch, the first ever festival sanctioned Bigfoot Hunt. Those up for the journey will explore the dark heart of downtown Chattanooga on a search for the elusive mythical beast, all while making stops at several of the festival’s favorite spots on the way. Only Vice’s lawyers can stop this search for the truth.

Chattanooga Film Festival 2020 VIP Badges are on sale now at Chattfilmfest.org. Individual tickets for films and events will be available closer to. Volunteer applications are open through February 28 and press who are looking to cover CFF this year can apply for a credential through the website as well.

65 DAYS OF STATIC | Director Rob Grant
World premiere – Canada, 2020
Director’s Statement: I wouldn’t call it ‘destroying’ a film…But with the amount of media available at our fingertips I’ve just been getting this dread about how disposable it all feels.  This is an experiment in taking that to an extreme conclusion.

ANALOG LOVE | Director Rob Galluzzo
Southeast premiere – USA, 2020
Do you remember the long lost era of sharing your feelings with someone through a “mixtape?” Analog Love is an analysis of why this ritual of communication through music still continues to be so important. With the insights of Henry Rollins, Money Mark (Beastie Boys), Kim Shattuck (The Muffs), Jennifer Finch (L7), Jimmy Urine (Mindless Self Indulgence), Chantal Claret, Jude “Rude Jude” Angelini, Zernell Gillie (Grimy!), Mona Lisa Murray, Christian James Hand (The Session) and many more, we’ll get to the bottom of the long lost art of the mix tape.

CARGO | Director Arati Kadav
Southeast premiere – India, 2020
A young female astronaut, who joins a reclusive astronaut aboard a spaceship, struggles with her job as she interacts with mysterious Cargos that appear on the ship.

THE VICE GUIDE TO BIGFOOT | Director Zach Lamplugh
Southeast premiere – USA, 2020
The debut feature from director Zach Lamplugh (Adult Swim); This paranormal comedy follows a hopelessly millennial reporter on the most important assignment of his career: Bigfoot. But after following a prominent cryptozoologist into the Appalachian foothills, he’s forced to answer the question “is a good story worth dying for?”

NIGHTMARE UNIVERSITY
Podcast
FANGORIA and one of America’s leading horror genre experts have teamed up to bring you NIGHTMARE UNIVERSITY. Every week, join horror genre professor Dr. Rebekah McKendry alongside a notable genre industry expert as they take a deep look at a specific element of the horror genre. Each 30 – 45 minute show feels like a lively university class discussing horror history, key players, and important films. This is not an interview show. This is pure horror education.

NIGHTMARE UNIVERSITY is presented by the FANGORIA Podcast Network.

THE SESSION
Live Show
Christian James Hand is also a DJ on 95.5 KLOS in Los Angeles. Over the past couple of years he has curated, and grown, a ground-breaking radio segment he calls “The Session” where he takes you through a track-by-track breakdown of some of the greatest songs ever recorded and reveals the magic behind the music. Now he is taking The Session on the road for unforgettable live shows.

SHOCK WAVES
Podcast
Blumhouse Productions presents SHOCK WAVES: Join your hosts Rob Galluzzo (Acquisitions and Development for Fangoria), Elric Kane (This Week In Horror, Inside Horror), Rebekah McKendry (Former editor In Chief: Blumhouse.com, Fangoria) and Ryan Turek (VP of Development at Blumhouse Productions) for a weekly discussion and analysis of all facets of the horror genre! SHOCK WAVES puts the focus on the latest horror films, retrospectives on classic titles and welcomes very special guests for all aspects of the industry to tackle a variety of topics and give listeners candid insight into how some of the best genre films are made. SHOCK WAVES is here to quench your insatiable thirst for all things horror!
SHOCK WAVES is presented by Blumhouse and the FANGORIA Podcast Network.

About the Chattanooga Film Festival

The Chattanooga Film Festival loves everything about cinema: the films, filmmakers and audiences; the critics, collectors and curators; and most especially the popcorn. The first ever Chattanooga Film Festival was held in 2014, and has been quickly making a name for itself among film-lovers, filmmakers and the film industry, having been hailed the “Sundance of the South” by Southern Living Magazine.

We share films and events that are unique, challenging, critically significant and a helluva lot of fun. Our ultimate goal is to remember, discover and cultivate cinema worthy of everyone’s love and respect. As always, CFF is proudly continuing its mission to “Respect Cinema,” in hopes of increasing film exhibition, education and production in the state of Tennessee.