Shout! Factory’s Shout Select imprint is releasing some great titles but MMC! is particularly interested in a pair of recent announcements – James Foley’s Glengarry Glen Ross (1992) and Keith Gordon’s A Midnight Clear (1992). Longtime MMC! readers may recall Criterion Collection proposals for A Midnight Clear in 2013 and Glengarry Glen Ross in 2016. In fairness to this blog, both proposals predated the launch of Shout Select in August 2016, and so we’ll claim innocence for getting the label wrong. (In fairness again, our Glengarry Glen Ross post even notes the connection between Westchester Films and Shout! Factory!)

Neither of these Shout Select announcements provide any details on their respective special features, simply providing the product note: “Extras in progress and will be announced at a later date.” The release for A Midnight Clear should pick up the existing commentary by Keith Gordon and Ethan Hawke, the A Winter’s War “making of” documentary, and the film’s deleted scenes. The previous DVD edition of Glengarry Glen Ross offered plenty of extra content including the ABC: Always Be Closing documentary, an audio commentary with James Foley, scenes with bonus commentaries, a tribute to Jack Lemmon, a short film, Kevin Spacey on Inside the Actor’s Studio, Jack Lemmon on The Charlie Rose Show, and interviews. Given the issues with Spacey and Rose that have since come to light, it’ll be interesting to see whether that content makes their way to the Shout Select release.

LONG TAILS AND EARS FOR HATS!

Re-discover the Pussycats, Josie (Rachael Leigh Cook), Melody (Tara Reid), and Val (Rosario Dawson), three small-town musicians with big dreams but little future! The chance of a lifetime arrives out of the blue when Wyatt (Alan Cumming) of MegaRecords signs them to an awesome recording contract without even hearing them play. Suddenly, Josie and the Pussycats are living life in the fast lane with sold-out concerts, chartered jets, a number one single, and global stardom. Their good fortune comes at price however and the Pussycats soon discover that they’re being used by their record label’s maniacal CEO Fiona (Parker Posey) to control the youth of America. Featuring a hit soundtrack of pop-punk songs and purr-fectly hilarious performances, Josie and the Pussycats is a modern cult classic about friendship, rock music, and capitalist conspiracies.

END_OF_DOCUMENT_TOKEN_TO_BE_REPLACED

JUST WHEN YOU THINK YOU’VE FOUND THE RIGHT GUY, SOMEONE EVEN WORSE COMES ALONG.

The last thing Emma Moriarty expected to find in Eunice, Arizona, was love. So how does she wind up the object of MURPHY’S ROMANCE? Sally Field and James Garner star in this endearing comic love story from director Martin Ritt. Field plays a gutsy divorced mother eager to make it as a horse trainer on a small desert ranch. Enter the town’s most eligible widower, Murphy Jones (Garner). The lovable, free-wheeling pharmacist befriends Emma and eventually comes a-courting. But just when Emma may have found the right guy, her ne’er-do-well ex, Bobby Jack (Brian Kerwin), rides back into her life. Which one of these persistent suitors will lasso the reluctant filly? Share the warmth and feel-good humor of Field, Garner and MURPHY’S ROMANCE!

END_OF_DOCUMENT_TOKEN_TO_BE_REPLACED

TO THE POLICE STATION!

When Louis Fugain (Grégoire Ludig) finds a dead body in front of his apartment building in the middle of the night, he makes a terrible mistake and reports it to the police. Obsessive police superintendent Buron (Benoît Poelvoorde) makes Fugain his chief suspect, leading to an absurd, all-night interrogation set in a campy ’70s police station and Fugain’s increasingly compromised memories. Soaked in dark humor and bloody fun throughout, Quentin Dupieux’s latest opus, Keep An Eye Out!, is a twisted celebration of classic French police procedurals through the lens of his own nonsensical brand of quirky, offbeat humor, performed by France’s most refreshing comedic talents.

END_OF_DOCUMENT_TOKEN_TO_BE_REPLACED

Dead tired and flat broke after driving 1,200 miles, Michael Williams (Nicolas Cage) walks into a local tavern in the dusty town of Red Rock, Wyoming, and is immediately offered a job. There’s only one problem: the bar owner (J. T. Walsh) thinks Michael is a hitman and the “job” is murdering his wife (Lara Flynn Boyle). And just as Michael decides to take the money and skip town without killing anyone, the real hitman (Dennis Hopper) arrives ready to do the job right. Recalling Blood Simple and other classic thrillers of the ’80s and ’90s, Red Rock West is a stylish and cutthroat neonoir full of jealousy, murder, greed, and corruption and where your best friend is a loaded gun.

END_OF_DOCUMENT_TOKEN_TO_BE_REPLACED 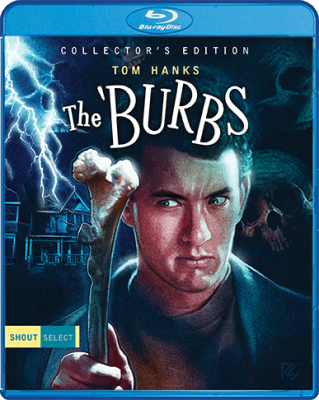 Typically, our “— Made Mine!” posts involve our happily reporting that an MMC! proposal has become a reality. The extra features might vary and the cover treatment is always different, but the title now in fact bears the our desired label’s insignia and that always feels like something to celebrate. MMC! doesn’t commemorate instances where labels that usually are not the focus of our title proposals subsequently release editions of movies discussed here. For example, Kino Lorber has released Blu-ray editions of quite a few films proposed here for Criterion treatments. Beggars of Life, The Chase, The Knack … and How To Get It, They Shoot Horses, Don’t They?, and The Taking of Pelham One Two Three have all received fine hard media releases with a prominent KL on the spine. We don’t go down the rabbit hole of trying to keep up with parallel editions from labels not regularly discussed at MMC! but they’re out there and we’re buying them.

And then we come to the strange case of Joe Dante’s The ‘Burbs and Matinee. At the time they were proposed by MMC! to be part of the Criterion Collection, The ‘Burbs had been announced as a UK only title for Arrow Video with no special features yet detailed. Arrow Video’s release of a UK only edition of Matinee was not even on the horizon. MMC! overlooked these editions primarily because they were not for the North American audience, but now Shout Select has announced a forthcoming edition of The ‘Burbs for March 20, and with a January 16 release date already forthcoming for Matinee, we had to make something of an exception and celebrate these past MMC! titles given a new life on an MMC! favoured imprint, even if they don’t exactly match up with our original intentions.