These are sad days at MMC! Dave Barber, filmmaker and beloved programmer of Winnipeg’s Cinematheque, passed away earlier this week at the age of 67. Dave was a champion of Canadian and independent cinema and a tireless advocate for his theatre and the films it featured.

I met Dave at a get-together hosted by a mutual friend eight years ago. Attended by professional, semi-professional, and amateur pop culture nerds, we were invited to share lists of our favourite films and Dave’s list expressed his love of music as well as his love of cinema at its biggest and most minute.

In the years that followed, we would watch movies together when we ran into each other at a screening, we would text about programming ideas and other movie stuff, and we would share festival discoveries. I would give him rides home when he needed them, he would hook my son up with Godzilla stuff, and my wife would restrain her urge to make him a sandwich. When I discovered he was in the hospital, I sent him a message wishing him well and asking him to reach out once he recovered, hoping he would find the message once he was discharged. Sadly that won’t happen, but I’m very grateful for the time I got to spend with Dave and I wish him the best on whatever new project he’s now moved on to.

In celebration of Dave, MMC! offers this brief tribute to the man on screen and there’s no better place to start than Dave’s 2014 short film Will the Real Dave Barber Please Stand Up?, a hilarious account of Dave being awarded a Queen’s Diamond Jubilee medal.

END_OF_DOCUMENT_TOKEN_TO_BE_REPLACED 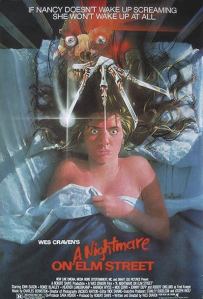 END_OF_DOCUMENT_TOKEN_TO_BE_REPLACED

The Saskatoon Fantastic Film Festival has reached its landmark tenth iteration this year and Festival Director John Allison and his team have ensured that this is the Fest’s biggest and brightest year yet by expanding it to six days, hosting a Drunken Cinema screening of A Nightmare on Elm Street, hosting another Saturday Morning All You Can Eat Cereal Cartoon Party, and bringing in as special guests director Joe Dante and actress Belinda Balaski for a three film retrospective. The SFFF kicked off with something of a soft-open with another new addition – a five film virtual reality experience held preceding the theatrical film program each weekday. Attendance was sparse on Day 1 so let this be a warning to those content to let the VR program pass them by – miss the SFFF’s Virtual Reality Experience section and you will certainly be missing out on some of the Fest’s most intriguing aspects.

END_OF_DOCUMENT_TOKEN_TO_BE_REPLACED

‘Stead of treated, the kids were getting tricked on Day 3 of the Saskatoon Fantastic Film Festival. Certainly the SFFF’s most celebrated film was Issa López’s festival darling Tigers Are Not Afraid (2017). MMC! has discussed López’s film on more than one of occasion, and so we’ll take its greatness as read and briefly discuss Jérémy Comte’s Fauve (2018), a Canadian short that feels tailor-made to open for Tigers. A Special Jury Prize-winner at this year’s Sundance Film Festival, Fauve concerns a pair of boys exploring a surface mine who “sink into a seemingly innocent power game with Mother Nature as the sole observer.” The short brings to mind Gus Van Sant’s Gerry (2002) and a very specific John Mulaney joke about an impression he had as a child, but these glib comparisons belie the truly heartbreaking nature of Comte’s film. Fans of Tigers would be well served to seek out Fauve.

END_OF_DOCUMENT_TOKEN_TO_BE_REPLACED

Overwhelmed with a bounty of goodness, MMC!‘s previews can only be more important, pointing the path from mere goodness and toward greatness. Here, dear readers, are five MMC!-approved reasons (that are actually nine reasons) to BAFF this Saturday:

END_OF_DOCUMENT_TOKEN_TO_BE_REPLACED

Adapted from Piotr Rowicki’s 2008 play Adherence, Marcin Wrona’s Demon is a horrifyingly comic and darkly atmospheric exploration of suppressed histories and dissolving minds. Set at a crumbling Polish country house, Polish-Brit Piotr is set to marry his fiancée Zaneta and meet for the first time her appearance-conscious parents. But as the ceremony proceeds, Piotr begins to come undone, and a dybbuk, an iconic ancient figure from Jewish folklore, takes hold of the groom and the entire celebration. Combining horror movie possession with unearthed national traumas and frivolous consumption, Demon is a modern art-horror classic.