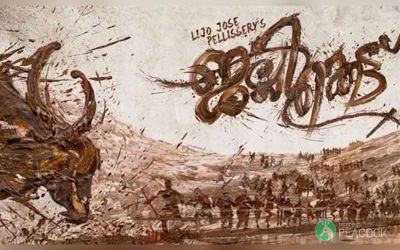 Day 4 started with Lijo Jose Pellissery’s Jallikattu (2019), a wild Indian spectacle named after the traditional sport where a bull is released into a crowd of people and participants attempt to grab hold of the large hump on the animal’s back for as long as possible. Pellissery’s film finds a butcher’s buffalo rampaging through a village, inspiring its men into an increasingly violent and manic hunt that awakens old rivalries and grudges. The film is a punishing and distasteful portrayal of male egotism given its constant dick-swinging but Pellissery masterfully organizes this audio-visual chaos into an arresting pageant of action. In essence, the SFFF has managed to revive Gaspar Noé’s Climax from last year’s program, replacing a couple dozen dancers with a few hundred male villagers and LSD with a water buffalo. Jallikattu preserves all of Climax’s feel-bad interactions and body-centric spectacles, even opening with a syncopated montage of village life that recalls the brilliant dance number that opened Climax. Unlike Noé’s film, Jallikattu’s victims look universally deserving of their fates and there seems to be little to none of Climax’s collateral victimization, making Pellissery’s extravaganza of savagery all the easier to relish. 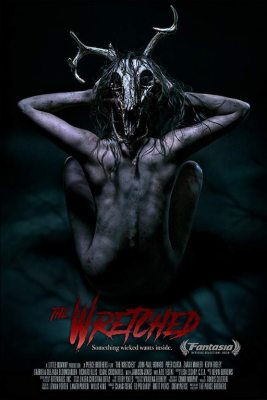 Brett Pierce and Drew T. Pierce’s The Wretched (2019) has the look and feel of YA horror with 17-year old Ben (John-Paul Howard) visiting his soon-to-be divorced father Liam (Jamison Jones) and struggling with the ire of the local cool kids, a possible romance with new friend and crush Mallory (Piper Curda), and a centuries-old witch dragging children into an ancient rotting tree. The movie is slick and professional looking, with gruesome effects and some neighbourly voyeurism that evokes Rear Window by way of Disturbia. Those that might find The Wretched a bit conventional in its teen-friendly scares should find relief in some late plot twists that are genuinely surprising and add some much needed complexity the film. Altogether, The Wretched offers spooky, coming of age fun and is worth seeking out for horror fans new and old. 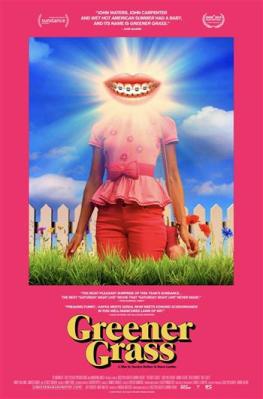 The short film Greener Grass (Paul Briganti, 2015) was an MMC! favourite of the 2016 SFFF and it returned in 2019 as a feature film directed by its writers and stars Jocelyn DeBoer and Dawn Luebbe. MMC! previously called the short “an acid trip take on soccer mom insecurities and first world problems, bringing Buñuel to the California suburbs” and the description remains perfectly apt. Luebbe’s aspirational Lisa undermines DeBoer’s upper class (but insecure) Jill, accepting Jill’s newborn daughter in a nonsensical offer and becoming pregnant with a soccer ball in counterpoint to Jill’s diminishing family. Things stay weird throughout – sons transform into golden retrievers, pool water becomes a delicious obsession, husbands are confused by their spouses, and children are driven mad by irresponsible TV programming. Greener Grass is the absurdist surrealism of a culture inundated by “Real Housewives” TV shows, Oprah, The Home Shopping Channel, and Nancy Grace and its absolutely captivating.

Jason Gudasz’s Place (2019) perfectly accompanied Greener Grass with its surrealist take on “new family moves into a haunted house” horror trope. If Greener Grass could successfully make the leap to feature film, why not Place? MMC! would happy watch that movie at the 2022 SFFF! Elliot Dawson-Clark’s Mirage Parlour (2019), an entertaining, low budget, transdimensional horror short, opened the Drunken Cinema screening, while Lucas Paulino’s Bedtime Story (2019) was a funny, witchy short that opened for The Wretched and confirmed (with Germán Sancho’s Fears (2019)) that the Spanish have issues with old ladies.