On a far away South American mountaintop, a group of adolescent child soldiers guard a kidnapped American woman for the Organization, a bandit militia that demands complete obedience from the youngsters. When a borrowed milk cow is killed and a battle approaches their mountain refuge, the group is sent to guard their prisoner in the dense jungle below where resentments, paranoia, and power struggles turn into a nightmarish fight for authority and survival. Charged by Jasper Wolf’s crisp, concentrated cinematography and Mica Levi’s titantic score, Alejandro Landes creates a monumental and hallucinatory war film that evokes Joseph Conrad’s Heart of Darkness and William Goldings Lord of the Flies.

Alejandro Landes’ Monos opens with a group of teenagers playing a preternaturally silent version of soccer with blindfolds and a ball draped in bells. They do so on a mountaintop, high amongst the clouds and in the shadows of imposing concrete edifices. Their solitude is broken by the arrival of “the Messenger” (former guerrilla soldier Wilson Salazar), a pint-sized authority figure who looks like he’s carved out of mahogany. The eight adolescents are, in fact, a paramilitary unit of “the Organization,” a vaguely defined guerrilla group. The Messenger puts them through rigorous exercises, approves the requested coupling of two members of the troop, and tasks them to care for a conscripted milk cow named Shakira. He calls the child soldiers by codenames – Wolf (Julian Giraldo), Lady (Karen Quintero), Swede (Laura Castrillón), Boom Boom (Esneider Castro), Dog (Paul Cubides), Smurf (Deiby Rueda), Rambo (Sofia Buenaventura in a potentially gender-fluid role), and Bigfoot (Hannah Montana‘s Moisés Arias) – and leaves them to continue with their mission of guarding the Organization’s American hostage called “la Doctora” (Julianne Nicholson).

Monos establishes in these opening sequences an otherworldly quality, something Landes describes as flirting with the war genre while evoking the Buñuelian idea of a waking dream. On the one hand, there is something ancient and mythical to this chilly Olympus, with these young, sequestered gods lavishing in their physical prowess, the freedom and authority of their seclusion, and the power of the Organization’s automated firearms. On the other, there is something post-apocalyptic in Monos‘ uncertainty about what remains of the world below the clouds, in the pop-cultural noms de guerre, and the Zone-like space of the mountaintop bunkers that evoke Andrei Tarkovsky’s Stalker (1979). The pre/post-historical idyll enjoyed by the unit (shot in the high altitudes of Colombia’s Chingaza national park) doesn’t last very long. After a pair of unexpected deaths and some divisive maneuvering within the group, an approaching battle between the Organization and another group sends the Monos (the name of the unit and translating as either “monkeys” or “cute ones”) down into the jungle with Doctora and a new member appointed as leader. Brought down to ground level and isolated even farther, cracks in the unit widen.

Within the claustrophobic confines of their new jungle home (the rarely seen rainforest of the Samana River), tensions escalate. The Organization’s standards for the Monos fall away. Heat, insects, and mudslides test their resolves, leading to paranoia and power trips, escapes and defections, betrayals and punishments, marauding and murder. The film foregrounds both the madness of war and the indifferent cruelty of nature, bringing to mind films like Werner Herzog’s Aguirre, The Wrath of God (1972) and Francis Ford Coppola’s Apocalypse Now (1979), while also specifically citing elements of William Golding’s Lord of the Flies and its concern over the inherent brutality of mankind through a group of marooned schoolboys. Unlike Golding’s children, it’s unclear whether the Monos have ever known peace and when a domestic home appears late in the film, this setting of love and leisure appears generally alien to those taken in. Landes has remarked that film presents a metaphor for his country’s uneasy peace following years of civil war. He remarks:

This film was inspired by the possibility of peace, which now exists in Colombia. But, it’s a very fragile peace. This is a war with so many fronts, because we have the guerrillas, our military, the narcos, you have foreign intervention and so there’s this fog of war. I wanted to make a film that is part of that conversation, that asks who are we and where do we want to go. Because this war has been going on for so long, it feels like there are still ghosts.

The Organization recalls the Revolutionary Armed Forces of Colombia (FARC), the guerrilla army involved in a near perpetual state of combat for over 50 years until disbanding in 2017 (and leaving thousands of FARC members as active dissidents). Landes has seen past peace processes fail and so Monos traces war from its back lines where soldiers get lost and left behind, still fighting notwithstanding peace treaties, official surrenders, or disarmaments. More specifically, Landes fears for the effects of an endless, chaotic war on the youth raised within it. Unlike Golding’s schoolboys, Monos‘ child soldiers are not cowed by adult authority or revolutionary ideals. Instead, they turn back to the jungle and to their bloody campaign, knowing nothing else.

Monos embodies a sense of pure danger rarely found in contemporary films. Jasper Wolf’s cinematography is ferociously intense, shifting from panoramic vistas to penetrating close-ups, from swooning deliriums to life-and-death struggles. Mica Levi’s score is indelible, with its rolling timpani commanding attention to its power and belying its less than 22 minutes of actual music. Landes’ cast of professional and amateur actors are a wonder, culled from over 800 hopefuls and cast out of a group of 25 to 30 actors who participated in a mock boot camp of acting exercises and harsh military drills. The nine-week production was naturally rough in the oxygen-sparse highlands – cast and crew slept in tents and ate rations, everyone became sick, and Landes even had to be carried on a stretcher by gold prospectors to the nearest medical centre five hours away when he came down with an apparent appendicitis. Still, Landes managed to complete his film, his third feature after an eight-year hiatus, calling it “the most beautiful thing I’ve ever done.”

A favourite at the 2019 Berlinale and a winner at the 2019 Sundance Film Festival, Monos would be a welcome addition to the Criterion Collection, expanding the label’s South and Central American content and bringing an artfully hallucinatory take to the war film and to an underrepresented form of conflict. With distribution of the film being taken on by Neon and Participant Media, a Criterion edition in the short term might be unlikely but MMC! can dream. The poster for Monos celebrates that image of the silhouetted kids atop their Andean plateau, up at the level of the clouds, and we like it too. Clear off everything but the title and the director’s credit and you’ve got a classically minimalist Criterion cover treatment. 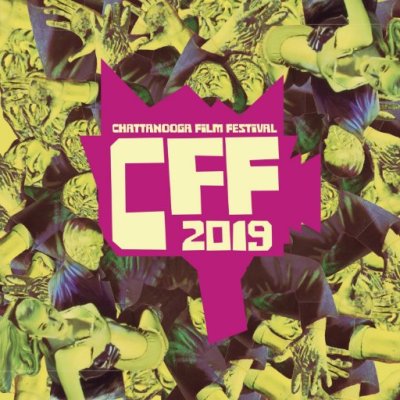 Credits: This post supports our coverage for the 2019 Chattanooga Film Festival, so big thanks once again to the CFF!

This imagined edition emphasizes the film’s unusual production, supposing that a video diary exists of the film’s boot camp and including an interview with Argentinian actress Inés Efrón who conducted the improv and acting exercises. Manuel Betancourt was chosen to provide a booklet essay given his review for the alternative Latin-media website Remezcla.