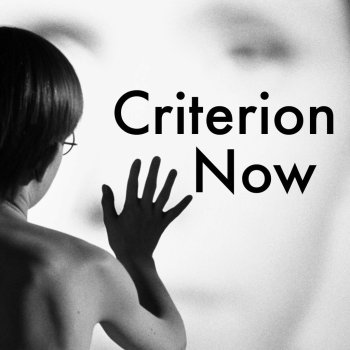 Because sharing is caring!

First, a shout-out for a shout-out! Thanks to Aaron West and the Criterion Now podcast for the dap given to MMC! on episode 82. Aaron was kind enough give MMC! a nod for its precognitive effort on Hedwig and the Angry Inch. Aaron is joined on the episode by Canadian filmmaker Brad McDermott and Matt Gasteier of The Complete podcast to discuss the Collection’s announcements for July, as well as Criterion visits, Claire Denis and Mike Leigh screenings, the potential for further announcements involving Buster Keaton, Wong Kar-wai, Abbas Kiarostami, and others, and Documentary Now! episodes and how the Company episode is not potentially going to be connected to an upcoming Criterion release.

Aaron and his colleagues at The 25th Frame network continue to expand with great new shows and impressive talents. Recently added to the roster are Brian Saur’s Just the Discs podcast, a (mostly) weekly home media discussion; Alicia Malone’s Magnificent Obsession, an interview series with people serving various roles in film industry; Jordan Courtney and Nicholas Loup’s Filmshake, a monthly podcast aiming to whet the listener’s appetite for unseen arthouse, classic, and independent cinema; and a developing show with Jill Blake of The Retro Set. MMC! is a big fan of Fritzi Kramer’s first episode of the Movies Silently podcast which provided a wonderful view on silent cinema and its craft (and which will likely be responsible for a future MMC! proposal).

Last but not least, Sam Ashurst of the Arrow Video podcast has launched a YouTube channel of his own called Deep Cut Videos, promising that “It will be cool, and it will go deep.” This channel is still in its infancy but Ashurst’s first entry, a video suggesting that ET and Terminator 2 are the same movie, is a lot of fun and MMC! is looking forward to more Deep Cuts. Keep it up, Sam!

One thought on “Shout-Outs!”