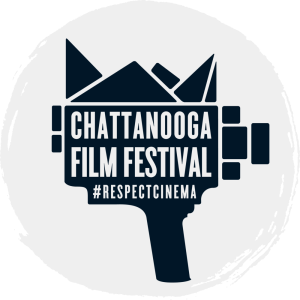 I had planned to wind up MMC!‘s coverage of the Chattanooga Film Festival with an imagined Arrow Video edition of Ryan Prows’s Lowlife (2017) but no sooner had I done my research and began writing did Shout! Factory announce a Blu-ray edition of the film slated for release on August 7. I’m usually pretty stoked to cross any film off my list of potential MMC! subjects as their circulation is far more gratifying than writing about them here, but I’m a little disappointed not to discuss Lowlife at greater length. I have stumped for Lowlife a fair amount already so let’s instead spend some time with three of Prows’s earlier shorts films, all of which seem to be working through some of the themes and concerns at play in Lowlife and all of which should be included as special features on the upcoming Blu-ray edition.

In case you’ve forgotten, here is a quick refresher on Lowlife taken from the film’s press kit.

When a simple organ harvesting caper goes awry, a twist of fate unites three of society’s forgotten and ignored: EL MONSTRUO, a disgraced Mexican wrestler working as hired muscle for a local crime boss. CRYSTAL, a recovering addict desperate enough to arrange a black market kidney transplant to save her husband’s life. And RANDY, a loveable two-strike convict fresh out of prison, cursed with a full-face swastika tattoo and a best friend guilting him into some hair-brained kidnapping scheme.

As the sordid lives of these small-time criminals collide, they must fight tooth and nail to save a pregnant woman from a certain, and surely gruesome, death.

For those unfamiliar with the term, a “narcocorrido” is a northern Mexican folk ballad that makes crime, particularly drug trafficking, its principle subject matter and often romanticizes and celebrates Mexican narcoculture. Prows’s award-winning short film Narcocorrido (2011), made as his thesis film at the AFI, sees a gravely ill Yuma County Sheriff’s deputy (Nicki Micheaux) attempt to rob a Mexican drug cartel of its latest shipment only to find herself in a deadly firefight with the traffickers who risk putting their families in danger if they fail to complete their assignment. Narcocorrido unexpectedly brackets this scene of roadside violence and desperation with the performance of a narcocorrido and puts the viewer in the position of gaining a deeper understanding of the music. Prows explicitly describes to Christopher Lloyd of The Film Yap his experience with the music and intentions for the film:

That first time I stumbled onto a narcocorrido music video, I laughed. It was really foreign to me that you’d have this raucous polka played by guys in Nudie Suits with pistols tucked in their belts and ski masks on. It blew my mind. And then somebody translated one of the songs for me and I thought: “Oh, these guys are talking about some real shit.”

They’re telling folk stories in the truest sense, but they’re just talking about the modern-day drug trade and the corruption of the U.S. government instead of hillside bandits and the Mexican Revolution that the corrido tradition comes from. So I gained a perspective on their art and didn’t laugh at it anymore, and that’s what I thought the short should try and do. It lays out a song so that by the end of it the audience had hopefully gained a new perspective and can relate to the culture and music a bit more.

There are easy connections to be made between Narcocorrido and Lowlife. Nicki Micheaux, who plays Deputy Naija Dillion in the short, appears in Prows’s feature as Crystal, while Santana Dempsey, who plays Lowlife‘s pregnant drug addict in need of saving, was introduced to Prows by Raúl Castillo, one of Narcocorrido‘s traffickers. A line might also be drawn between the short and the feature by its treatment of Mexican pop culture ephemera, particularly the narcocorrido and lucha libre professional wrestling. Interviewed by Virginie Sélavy for Electric Sheep, Prows remarked:

A bunch of us are into wrestling and the old luchador movies, and we were like, why has no one done a modern-day luchador movie where he’s a fucking hero? They’re superheroes but they’re also out to dinner in their suits eating steak, it’s the greatest mix, and it was like, OK, people are obviously not making that, so we’ve got [to] make it. We were trying to find those people who are dismissed, even in the media. Those people are not as popular as they should be, because they’re incredible.

Prows’s characterization of luchadors and luchador films as dismissed likely reflects on the perception of professional wrestling as a juvenile melodrama of implausible violence, something made even more absurd when its performers don sparkly face-masks and then make them into a permanent component to their daily lives. Yet in Mexico, some luchadors attain the status of folk heroes and their masks become a symbol of reverence passed down through generations. Lowlife goes about the same process of deepening our appreciation of what might otherwise seem like a cultural novelty by initially undercutting the El Monstruo character and then gradually having him and his mask live up to the idolization held by the exploited immigrants who need his heroism. That process of cultural adjustment and sympathy that transforms El Monstruo in Lowlife is the same at work in Narcocorrido‘s examination of its musical subgenre, and it is that attention to addressing our cultural chauvinism that gives both works their impressive depths.

Harvest, a short film by Prows from 2010(?), certainly bears a strong connection to Lowlife, depicting a man’s plot to save his wife from kidney failure through the planned kidnapping of their now-adult daughter who they gave up for adoption long ago and by the theft and transplant of her matching organ. Beyond Harvest being an obvious antecedent to Crystal’s dilemma in Lowlife, the short also contains various hallmarks of Prows’ debut feature – the taco shop, the unexpected midday violence in a suburban setting, and the shabby, sun-washed look reminiscent of John Cassavetes. Prows has often cited The Killing of a Chinese Bookie (1976) as a favourite film and an influence on Lowlife, frequently pitching the feature as “if John Cassavetes made a Paul Verhoeven movie” (or vice versa), and we can see that aesthetic being tested in Harvest.

Doo Rag Intervention (Ryan Prows, 2013) traces the slippery-slope downfall of a thuggish fashion choice, plunging its doo rag-wearing hero (Lowlife‘s Shaye Ogbonna) into escalating violence and revealing him to be nowhere nearly as hard as his head-wear might imply. Beyond the direct connection of Ogbonna, Doo Rag Intervention links with Lowlife through its comedic undermining of black culture’s street tough signifiers. Ogbonna stars in Lowlife as Keith, an apparently straight-laced accountant with a baby seat in the back of his car who aims to use his just-released-from-prison running partner Randy (Jon Oswald) as a heavy in strong-arming his boss into a hefty pay-out (without knowing that his boss is the local crime lord running Lowlife‘s terrifying organ market). Oswald plays Randy like 2002 VMA-era Eminem and perfectly creates a character full of fascinating contradictions – a skinny white guy laden with ghetto-speak while sporting a full face-tattoo of a swastika (acquired in prison to survive), his attitude is eminently practical and highly honourable while his heart bears no one any ill will (even if others can’t see past his hateful face-art). Lowlife is at its best when Randy is onscreen, constantly challenging our preconceptions of various moments with his collection of contradictory characteristics and often assuming the most reasonable and principled positions of any character in the film.

Doo Rag Intervention‘s cautionary tale on the consequences of certain fashion choices warns of Lowlife‘s preoccupation with superficial judgements. The film divides itself into four chapters describing its characters as lowlifes – “Monsters, ” “Fiends,” “Thugs,” and “Criminals.” As Prows observes to Sélavy:

They’re all judgements. The audience makes their mind up, they prejudge, they label the characters, as in society at large, it’s how they would be perceived, and then you start unwinding that, you see that there’s more than meets the eye. Hopefully that’s the fun watching the film.

Lowlife originally had a much darker ending, but Prows and his group adjusted the story during filming to something brighter and probably superior. For as awful as Lowlife‘s content is and for as bad as its characters’ choices are, the film concludes with the suggestion that judgements can be subverted, identities can be remade, and that if situations can always get worse, then good can always be made out of them. None of the dismissed characters in Lowlife more greatly transcends his knot of marginalized qualities than Randy, achieving a kind of redemption conspicuously lacking to the figures in Narcocorrido, Harvest, or Doo Rag Intervention. Those same dismissals, prejudgments, and biases all still remain, but perhaps that hope is just needed more today than it was a few years ago.

Follow Make Mine Criterion! on WordPress.com
Join 245 other followers